I stopped by the field last Thursday to take new pictures of the progress being made. According to the foreman, laying of the artificial turf was to begin Friday. The foundation of the storage building was also to be poured that day. It will take 9 days to complete the turf project. The last picture shows the placement of new drainage pipes by the Pavilion. Once finished, they will begin building the dressing rooms. The field is on track to be finished well before the band reports for practices with the equipment and dressing rooms to be finished around Thanksgiving. Phase II (rehearsal hall at Goodwin) will most likely begin in January once approved by the Board of Trustees in September. 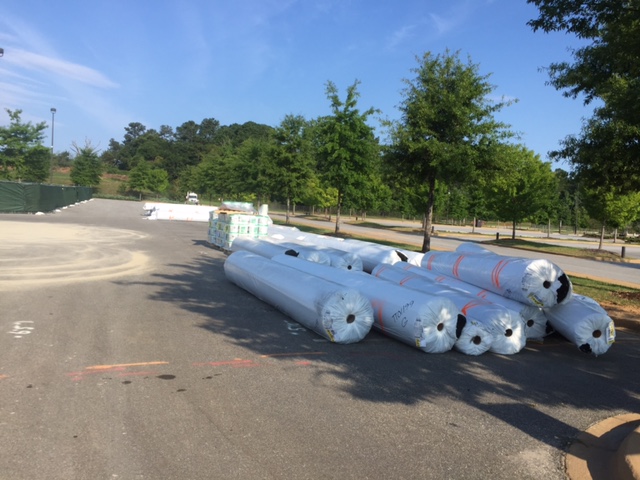 Rolls of turf waiting to be moved to the field 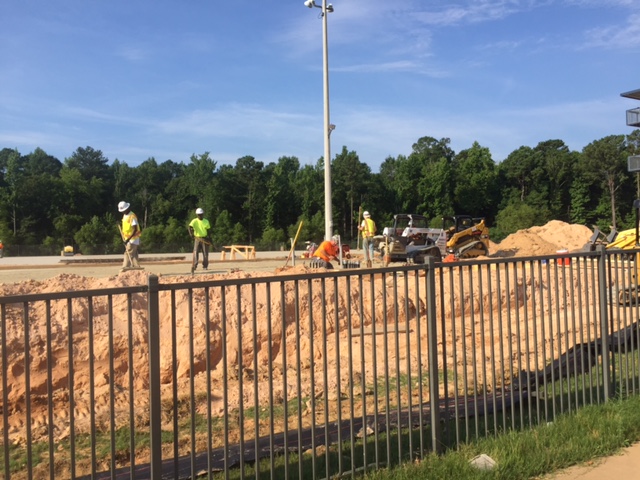 Equipment building foundation being prepared for concrete to be poured 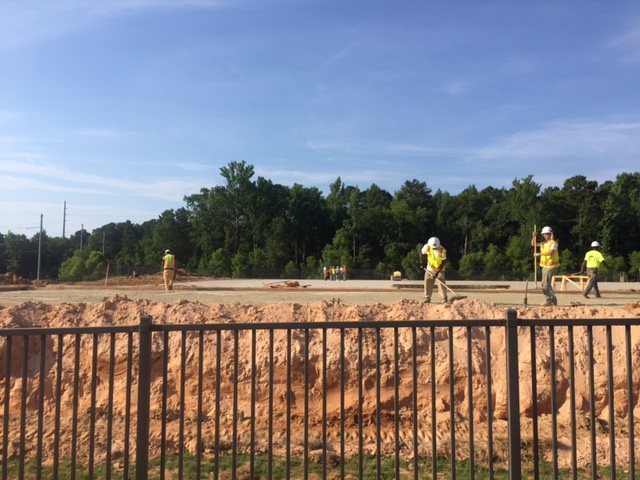 More work on the field 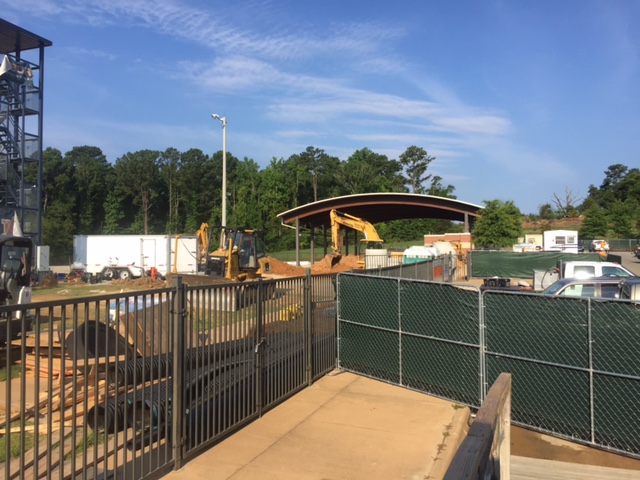 Drainage pipes being placed by the Pavilion
As we receive more updates, we will share them with alumni, fans, and friends. Don’t forget to join the discussion on our Alumni Band Facebook page! Please send an email to auburnalumniband@gmail.com to request admittance to our private Facebook group. We also have a Twitter account on which we post the latest updates and news. War Eagle!

July 2015 Memo from the President

New! “Memos from the President”

April 2015 Memo From the President